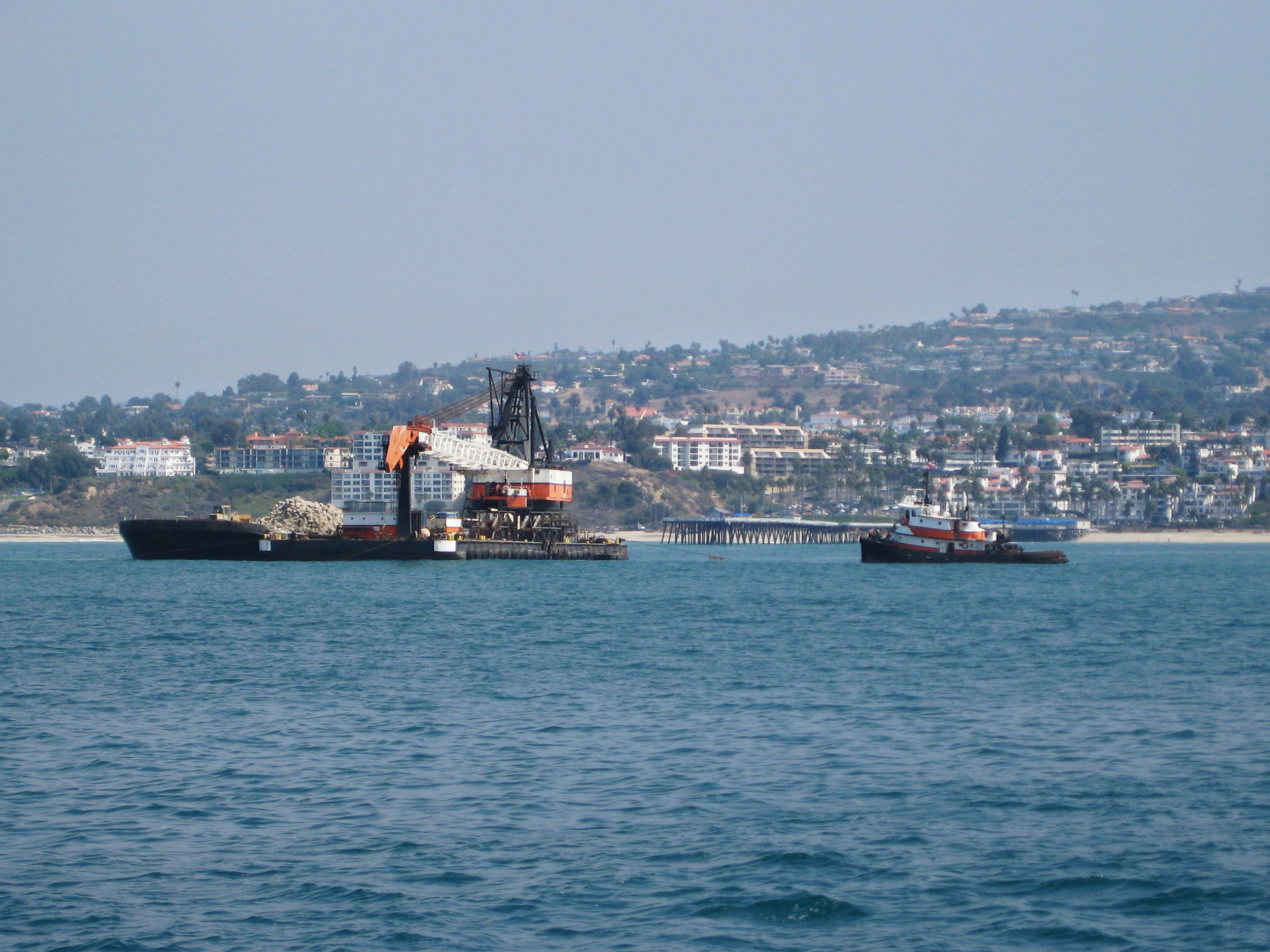 The design for the mitigation phase of the Wheeler North Reef developed by SCE and approved by the CCC was a low-profile (< 1 m in height), single-layer reef of quarry rock distributed on the sea floor off the coast of San Clemente, CA in quantities similar to those of the lowest substrate coverage used in the experimental phase (i.e. 43%). Construction of the mitigation reef began on June 9, 2008 and was completed on September 11, 2008. Approximately 126,000 tons of boulder-sized quarry material were deposited in 18 irregular shaped polygons that varied in area from 1.35 to 38.8 acres. When added to the experimental phase that Wheeler North Reef totaled ~ 175 acres.

Post construction surveys using multi-beam sonar and divers verified that the mitigation phase of the Wheeler North Reef achieved the following desired objectives: 1) all polygons were built in the vicinity of the San Mateo Kelp Bed; 2) all polygons avoided areas of existing hard substrate; 3) all polygons avoided areas of historical kelp growth as well as areas of special interest to local fisheries; 4) the integrity of the experimental reef modules was maintained; and 5) navigation channels were provided in response to concerns raised by fisherman. 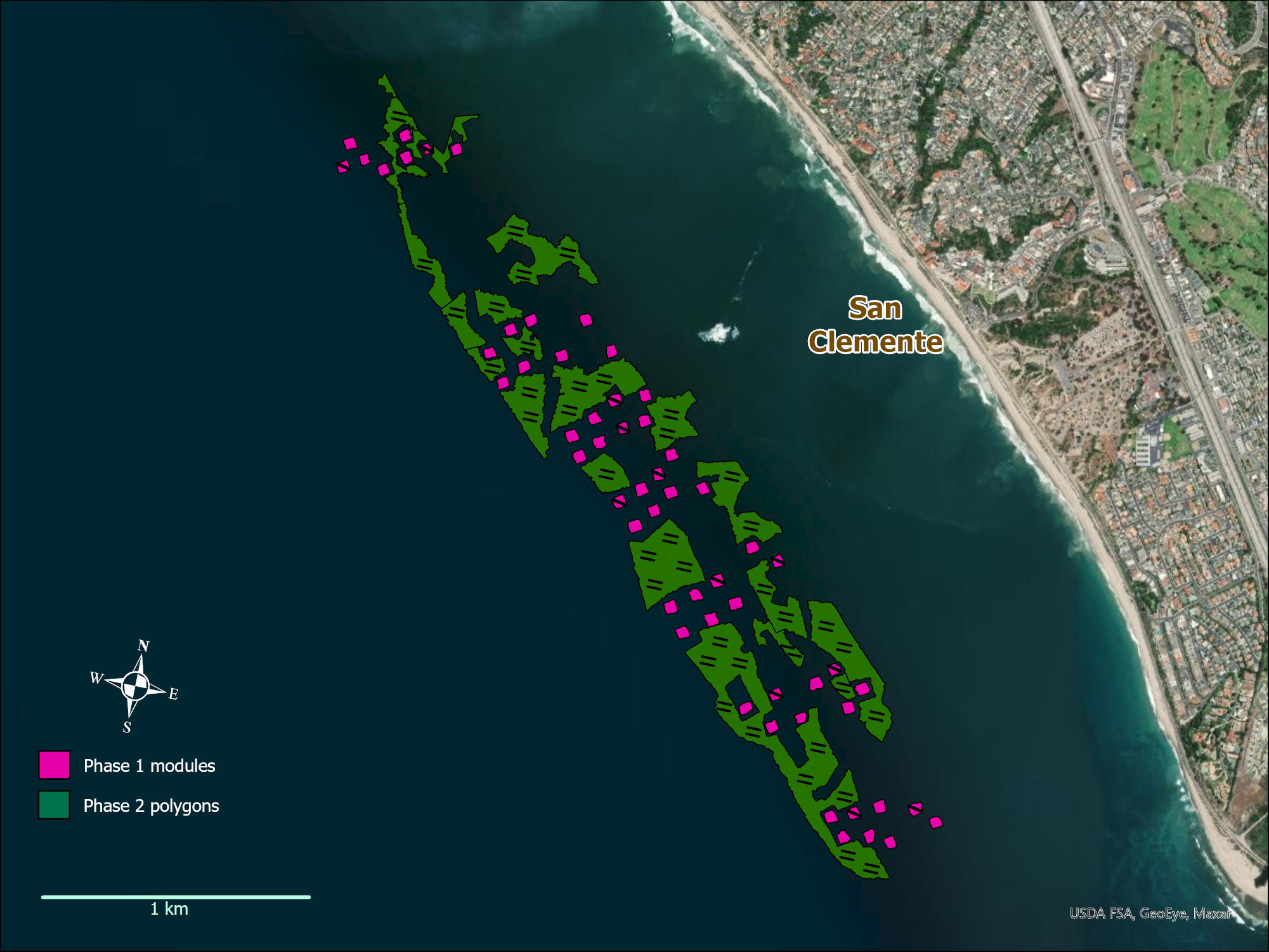